Mr Tariq Ahmad is one of our top customers. We initially produced a set of treatment videos for him and had a great day working with him. As a result, when he decided he wanted to revamp his site then he gave us a call.

The brief: To switch his existing website over to a WordPress platform and to add a blog. Despite having a website for a number of years and having a number of pages with extensive content, he was concerned at the poor performance of his website in search engine rankings.

As a matter of course, we always proof content to ensure that it is as clean as possible. Mr Ahmad’s original site and content had been built by a website design company based in the US and there were lots of American spellings and phrasings that we edited at the same time.

As with another site we’ve worked on recently, the Editorial Director spotted a few odd comments so CopyScaped the website and found that virtually every page was duplicate content, which would go some way to explain why the site had never performed adequately for Mr Ahmad. We wrote new content for Mr Ahmad to replace the duplicate content.

The finished product: Click here to see the finished product. After getting his site live, Mr Ahmad opted for an optimisation package that meant constant good quality content is posted on his site on a monthly basis. It’s a pleasure to keep working with Mr Ahmad.

3 Reasons You Need a Microsite 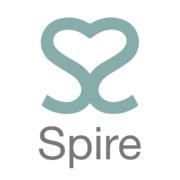 What? You haven’t got your free Google+ listing yet? Content is King! Scroll to top GET A QUOTE
We use cookies to ensure that we give you the best experience on our website. If you continue to use this site we will assume that you are happy with it.OKRead more about our Privacy Policy